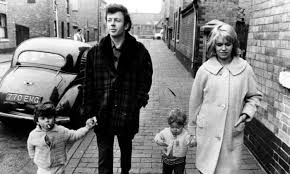 The expulsion of Ken Loach

Two weeks ago my column focussed on the British Labour Party, and the approach of its current leader Keir Starmer toward Ireland. The internal decision making processes of that party and the leadership style of Mr. Starmer are obviously a matter for it and for him. My concern is for its Irish policy and in particular the Labour leader’s stated willingness to stand on the side of Unionists in any debate on Irish Unity. His stance is in direct contradiction to the principles of the Good Friday Agreement which state that it is for the people the island of Ireland alone to determine our own future.

Regrettably, the news that Ken Loach, film producer, director and writer has been expelled from the Labour Party has reinforced my concerns.

Ken Loach has long been a friend of Ireland. The 85-year-old is widely respected, with an impressive international reputation as a film maker. His style of filming making is described as “socially critical” and he makes no secret of his belief in socialism. His films have tackled issues of poverty, and homelessness (Kathy come home), of worker’s rights, the Spanish Civil War and the power of the state against the unemployed. The first episode of his powerful 1974 television series Days of Hope showed British soldiers in Ireland during the Tan War and in one memorable scene Tríona Ní Dhomhnaill sings The Bold Fenian Men to British soldiers who have taken over her family farm. https://www.youtube.com/watch?v=OtJq5NLTQY8

Loach’s 1990 film Hidden Agenda tackled the issue of shoot-to-kill and Britain’s dirty war in Ireland and The Wind that Shakes the Barley, about the Irish Civil War, and I, Daniel Blake both won the Palme d’Or at the Cannes Film Festival, making him one of only nine filmmakers to win the award twice.

And now he has been expelled from the Labour Party. Loach has reportedly said that his expulsion is because he would “not disown those already expelled.” The move follows closely on reports that Keir Starmer is preparing a purge of members supportive of Jeremy Corbyn.

Whatever the truth of this Ken Loach is someone who has stood up for the downtrodden all of his life. His expulsion is a significant loss to the British Labour movement.