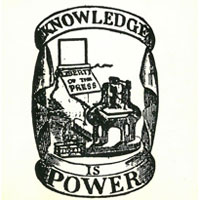 Labour Affairs is not a lone supporter of industrial democracy or alone in remembering the Bullock Report.  Here is another writer, from the former Lucas plant, and, below, writers from the Institute for Employment Rights.

“The Labour Governments policy not to extend democracy into the workplace was taken at the time when workers started to take the initiative themselves in not only protecting their jobs but also the industries they worked in. This positive approach, when faced with redundancy, resulted in a number of initiatives, for example:-

Looking back, if the Bullock Report proposals had been agreed and implemented, the above initiatives could have been supported within a legislative framework and prospered, serving as examples for others to follow. If we had had the authority of a legal framework, as recommended by Bullock I consider, as Combine shop stewards, we would have had a better opportunity to bring about changes within the company. For example, in the areas of product development, investment policy and the future strategy of Lucas Aerospace. We all know the dangers of operating at Board level, as we would have been, within the Capitalist system. Given that, as shop stewards, we negotiated on a day to day basis, giving us sufficient experience and political nous to operate at that level. Like all negotiations, the outcome may have resulted in compromise, but to my mind that would have been a risk worth taking.

That was the past, so what about the present and the future. As stated above the UK has the most anti-union legislation in Europe. So a future Labour Government will need to introduce employment legislation to protect its workers, at least, to the same level as in Europe. Also, given that its being forecast that the future introduction of New Technology could result in a huge loss in employment opportunities, the Bullock Report proposals should be revisited, and possibly revised to take account of present day employment practices, and so enable a collective democratic decision be reached on how such a complex issue should be dealt with. That is just one important example. Generally, workers through their trade union representatives should have the same rights as shareholders in running and controlling their companies. Democracy in the workplace is long overdue and should be introduced when the opportunity next arises.

The Morning Star on 1st May 2021 gave over its front pages (online at least) to the Institute for Employment Rights (IER); their declaration (Signed by Prof KD Ewing & Lord John Hendy QC) included the following:

In the 1970s there was much debate about ‘industrial democracy’ with the Bullock Report recommending workers on boards (as in Germany). Though well received, no agreement on implementation could be reached. Such proposals are needed now and workers having a guaranteed percentage of voting rights in shareholder meetings.

The concept of industrial democracy is fundamental to the transformation of the workplace. The exclusion of workers’ input through their unions (or even as individuals) has been striking throughout the pandemic.

The most effective means of promoting industrial democracy is, of course, the reinstatement of sectoral collective bargaining (which in turn supports workplace bargaining).

But industrial democracy goes further than this. We need to re-institute what is sometimes referred to as ‘the economic constitution’, i.e. a legitimate role and voice for trade unions in the process of government.
Again, this is something which we had in the past, but have forgotten about, or are very defensive about, although we are entitled to it. Our voice should be heard in government, in all decisions which affect workers. In other countries unions are integral to setting nationally the annual pay increase parameters (e.g. Norway) or social security and pensions (e.g. France).
The modest proposal of the TUC for a National Recovery Council with trade union involvement, was rebuffed by government — though it does not go far enough.

They conclude with the ILO Declaration of Philadelphia 1944:

The 1944 Declaration of Philadelphia (binding on all the countries of the earth) sums it up. Its first proposition is that ‘labour is not a commodity’ (meaning that it is not to be bought and sold on a so-called ‘labour market’). It contains much more, including this statement of objectives:

(e) the effective recognition of the right of collective bargaining, the cooperation of management and labour
in the continuous improvement of productive efficiency, and the collaboration of workers and employers in the preparation and application of social and economic measures;

They also have interesting things to say about tax:

Inequality of income and wealth is primarily a question of wage levels (though social security and pensions play their parts, of course). But taxation is another lever, what economists call ‘an active fiscal policy’.

COVID has shown that government expenditure is not tied to tax revenue. Taxation is not an effective mechanism for ‘levelling up’. But it could be used to level down, for example by really cracking down on tax avoidance and by increasing tax on the wealthy who can spare the most, as with the one- off tax being introduced in Argentina to meet some of the costs of the pandemic, or raising the rate of tax on capital gains to that on income.

Taxation could go some way to deal with the obscene profiteering of companies like Amazon and Serco during the pandemic. So, taxing to level across the board, a commitment to equality, an active tax policy coupled with an active wages policy to raise wages through collective bargaining. This is the way to redistribute wealth.

All these measures require strong State supervision.
Of course, in a democracy a sympathetic government or Parliament cannot be guaranteed but we can at least provide a menu for such a future government. First off, it will need to appoint a Secretary of State for Labour (not just for employment rights) with strong powers to impose sectoral collective bargaining in the sectors that need it and to introduce the legislation (as the Welsh are currently proposing) to use the mighty weapon of public procurement to bring employers into line throughout the public contract supply chain (which is a significant part of the UK economy).

including a link to the 2010 booklet by Manus O’Riordan, “Jack Jones Vindicated”, as well as reprints of articles by Manus O’Riordan published in 1976 in “Liberty”, journal of the Irish Transport & General Workers’ Union.

See http://free-downloads.atholbooks.org/pamphlets/Jack_Jones_Vindicated.pdf pages 31 to 48 on the conflicts between Jack Jones and the CPGB’s Bert Ramelson, and between Manus O’Riordan and the CPI’s Noel Harris.