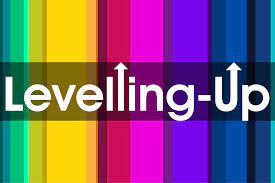 Levelling Up or Covering Up?

The government White Paper on levelling up.

In 2019 the Tories won a general election largely on the basis of capturing seats that have traditionally sent a Labour MP to Westminster. These are for the most part seats in the Midlands and the North of England that have experienced significant economic decline for decades, including under the Labour governments between 1997 and 2010. It is not clear how determined the Tories are to retain these seats at the next general election, but Johnson at least is clear that they should give it a go, even though the Treasury has largely emasculated him through cutting off funding for worthwhile projects. Within the Tories there is a fight between a small ‘one nation’ tendency and a much larger Thatcherite grouping fixated on a small state and a household budget approach to economic management.

For the past year, Labour Affairs has been arguing that the parts of Britain that are not in the South East of England have been neglected and need major political and economic attention. The devastating effects of austerity from 2010 onwards have made an already bad situation much worse. The White Paper brings together a wealth of statistical information that documents clearly the differences in resources, amenities, employment and quality of life that exist between the south east of England and the rest of the country.[1] It assumes that this state of affairs is unacceptable and that these inequalities need to be reduced. It is recognised that although key elements of government policy will remain in control of the centre, like transport, environment and education, more must be devolved to local and regional authorities and these must be given more power to enable them to work co-operatively with central government to tackle the problems. Funding must be simplified and made more stable.

It is recognised that the problems are multi-dimensional and interconnected and that they will take a long time and considerable resources to fix. Not only is this what Labour Affairs has been saying for the past year, but there is plenty of centrist commentary making much the same point. The diagnosis and the prescription are not in much dispute. What is in dispute is the political will to address the problems. Johnson belongs to a wing of the Tory Party that has traditionally been preoccupied over the adverse results that market forces can bring to the country’s population. This goes back at least to the 1845 publication of Disraeli’s novel ‘Sybil’. However, beyond diagnosis and prescription it is evident that within the Tory Party there is distaste for such interventionist strategies, even with a strong local and regional element.

The years since 1979 consolidated a market liberal ideology in the Tories that would previously have been the preserve of the Whigs whom Disraeli described so disparagingly in ‘Sybil’. Although both Theresa May and Johnson have recognised that this approach is no longer functional, the Tories have been very reluctant to let go of it and the furore over Brexit may have strengthened the hand of those who wish to limit the power of the state still further. The result is that the White Paper commits no resources worth mentioning to the levelling up project and so what ‘centrist’ commentators like Will Hutton of the Guardian and Martin Wolf of the Financial Times have claimed is likely to come to pass – the Treasury has squashed and will continue to squash any substantial commitment of resources to levelling up, so nothing much will happen. In any case, Sunak, the Chancellor may calculate that levelling up is not a functional strategy for the Tories, let alone for his chances of becoming a leader.

Under the balancing budget view of levelling up this would involve a substantial transfer of resources from taxpayers to net beneficiaries. The transfer would be felt in declining pay packets. This would be the model Germany has used since the 1990s for bringing the former GDR up to roughly the same level of prosperity as the former Bundesrepublik. An estimate of the financial cost of levelling up for Germany since 1990 is 2 trillion euro (nearly 1 trillion 700 billion pounds).[2] By contrast, the UK’s total levelling up fund is £4.8 billion. In the case of Germany this was largely paid for through taxation of the west German population. They took a hit to help out their fellow citizens in the East.

Labour Affairs  is not proposing to level up the rest of England through taxing the South East but through freeing up resources through making money available for projects to revive the many areas of the UK that suffer from low or poor employment, poor housing stock, underfunded education, poor transport links and poor amenities. The Treasury would ask the Bank of England to mark up the relevant accounts of regional banks, local authorities, college funding agencies and so on. Overall this would have the effect of creating further resources such as better colleges of further education and better transport links, but in the earlier stages there would be a competition for resources such as industrially experienced lecturers and railway engineers. The South East would see a relative decline in resources available. It is not difficult to see why Tory MPs in that area would not be keen.

So far, all that Labour seems to have done is to complain that the Tories have let the North and other areas of the UK down. Lisa Nandy, the shadow minister responsible, has indulged in a whinge in the Commons about Tory iniquity but Labour have avoided revealing any of the plans that they may have, if they have any, for reviving struggling parts of the UK. This is hardly surprising since Labour is now committed to the same housekeeping style of financial management for the country as are the Tories. There is ample opportunity to capitalise on the consensus around ‘levelling up’ and to put forward proposals with credible resources behind them. We think that this will not happen and Labour will lose a strong chance to re-establish itself in some of its old strongholds, including Scotland. The current Labour Party would like to be the Establishment’s ‘B team’ coming into government when the current one has exhausted itself, but with nothing of its own to offer.

The view of Labour Affairs is that Labour could plan for a transformation of the left-behind parts of the country by putting together detailed and costed plans with a time frame, pointing out that such a strategy would create resources and income for large parts of the country. Those that might not profit so much from such a strategy initially are also areas unlikely to return Labour MPs. That does not mean that Labour should not fight those seats vigorously, just that it cannot pretend to be all things to all men all of the time.

The Labour Party has a chance to do something worthwhile for the people whose interests it was created to further. All the signs are that it will blow that chance.