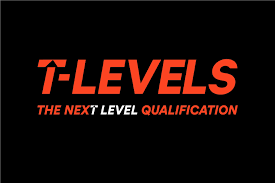 This month I was going to continue my discussion of the pros and cons of university education as a possible route to work for young people. That will have to wait until November because it is becoming apparent that a new development that promises to be disastrous for many young people is now a very real possibility. I refer to the decision to restrict government funding to the new ‘T level’ qualification, thereby cutting off the possibility for many young people with modest academic achievements at school of gaining a qualification. I briefly discussed the issue in Part 7 of this series, but as government policy appears to be firming up, now is the time to return to the issue in the hope that the Labour Party is going to take some notice.

What are T levels?

A T level is a vocational qualification roughly equivalent to A levels or to an advanced apprenticeship or to an apprenticeship qualification in the German dual system. It is to be marketed as a more applied variant of A levels. There will be 17 ‘lines’ of T levels eventually, each one aligned with a particular economic sector such as Construction or Health. Although they will be mainly an academic study of the principles and practice of each sector they will also incorporate 45 days of work experience as an integral part of the qualification. One ‘T level’ will count as the equivalent of 3 ‘A levels’ and it will take two years of full time study to gain one. It is important to note that a T level will not, unlike an apprenticeship qualification, make you ‘job ready’. A T level graduate will still have to learn how to be a craftworker in, say, the construction industry or, more likely, will go on to a further qualification through a higher apprenticeship or a degree to become a manager.

The reason for the reform.

Vocational qualifications in England are often of low quality, there is a bewildering proliferation of them and quality control is weak. There is a long history of failed reforms meaning that new and promising innovations like the Labour government’s Diplomas are quickly abandoned. By eliminating the competition, the government’s T level reform will leave England with one high quality vocational qualification that industry, young people, workers and parents will all understand. What could go wrong?

When do reforms succeed?

Why this reform won’t succeed.

To complete a T level successfully, a young person will need a fairly high level of success at GCSE level, in particular in Maths and English. This is not presently the case for around 20% of young people, nearly half of the age cohort who will not be going to university. For them and their current levels of achievement, T levels will be pitched at too high a level of academic attainment and without special help these young people will not gain a vocational qualification. Currently, whatever one may think of the quality of such qualifications, there are plenty of less demanding level 2 qualifications available, not to mention well-regarded level 3 qualifications which are accessible and do have labour market currency. The danger is that a large proportion of young people who can now enter the labour market as semi-skilled or even skilled will not be able to do so and will rely instead on casual and informal work to earn a living.

The British economy is what it is and yet another VET reform is not going to change it. Although there are undoubtedly skill shortages including in technical occupations requiring level 3 qualifications, large swathes of the economy still operate on the basis of low skill, low pay and low specification goods and services, requiring at most a level 2 qualification for an operative or craft worker. No VET reform can, of itself,  change that. The British economy still needs workers qualified at level 2, ideally with a good qualification. It is worth contrasting England with Germany which genuinely is a ‘level 3 economy’, where three year apprenticeships with a good theoretical as well as practical basis are the norm. Even here, where it is clearly understood that a good school record is essential to gaining an apprenticeship, there are many young people leaving school at 16 who are neither mature enough nor academically qualified enough to enter an apprenticeship. They have to enter a ‘transition system’ often for two years or more in order to reach a level that will allow them to become apprentices.

Despite a commitment to ‘levelling up’ the Johnson government has not even begun to grasp the scale of the challenge involved in changing the orientation of the economy (the situation is somewhat different in Wales and Scotland). In particular, the embedding of apprenticeships in the small and medium business sector will require expenditure assistance, expertise, time and patience if it is to succeed. This is not happening.  More generally, a reliance on poorly qualified and routine labour across large sectors of the economy including distribution and transport, retail and health care will have to change if there is to be a demand for more educated and skilled labour. Business would have to be discouraged from sticking to a business model that they think works for them. This is not likely to happen without a far more interventionist state than anything that Johnson, let alone the rest of the Tory party (or Labour under its current leadership) is going to contemplate.

So what is to be done?

Be a lot more conservative and cautious. Accept that change will be slow and incremental and that a cross-party consensus may be necessary to promote long-term reform (compare the situation in social care). At the education end, fund young people so that they can, if necessary, spend an extra year at college or school to gain the qualifications that they need to undertake a level 3 vocational qualification. Don’t abolish alternatives to the T level overnight. Better still, keep the names of current well-understood qualifications like BTECs and redesign them to be something more like T levels with integrated work experience.

Accept the labour market as it is and use the shortages induced by Brexit to oblige employers to offer better paid, more responsible and satisfying jobs and to demand qualifications to match the needs of these newly reformed occupations. Encourage small businesses to take on apprentices and give them the support that they need. In any case, the mass introduction of T levels with their mandatory work experience is going to prove a huge challenge which shows no signs of being adequately addressed by Whitehall. Better to make the work experience more meaningful through apprenticeship. There will still be level 2 apprenticeships available, but the signs are that their take-up by young people is in sharp decline. Very often employers demand attainment in Maths and English that is beyond the scope of many young people entering the labour market. Here again, the options for young people who will not be able to access T levels look as if they are in danger of narrowing.

A ‘big bang’ reform that Gavin Williamson no doubt thought would embellish his ministerial career is about to happen. But it is ill thought out like so many of its predecessors and will damage the futures of many young people. Labour should of course champion the need for more well paid and interesting jobs that require good qualifications, but this is not the best way to do it.